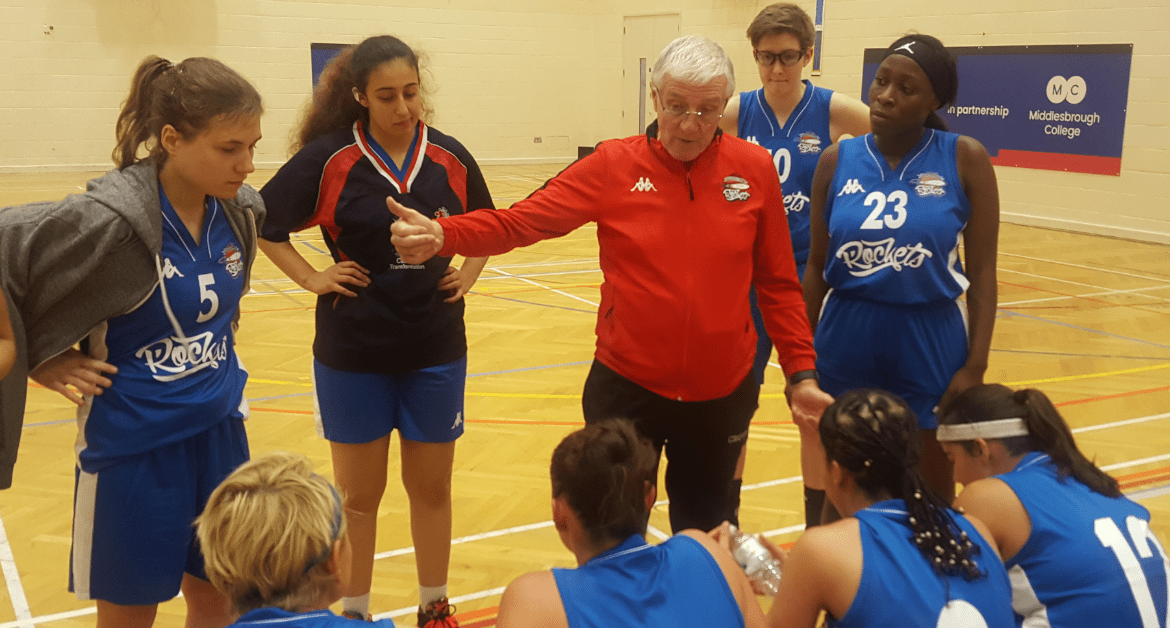 City of Birmingham Rockets fell to a 15-point defeat to Tees Valley Mohawks at Middlesbrough University on Sunday afternoon.

An encouraging first quarter for the Rockets saw us hold an early advantage before the Mohawks pulled away to secure victory in the second half of the game.

The first quarter opened with the Rockets on top, with Felicite Umahoza impressing early on as she combined well with Michelle Turner to establish an early 8-2 Rockets lead.

That lead was extended further by the end of the first quarter, with more Rockets getting on the scoreboard as the we looked consolidate our early advantage.

The second quarter developed into a much more end-to-end contest, with both teams struggling to establish any substantial advantage.

Milly Harrison provided a number of important blocks in this stage of the game and proved to be a vital defensive presence throughout; ensuring that we went in only one point behind as our hosts grew into the game.

The third quarter opened with the Mohawks increasing their advantage, before being pegged back by a number of points from Michelle Turner as the Rockets drew level on more than one occasion.

We were ultimately unable to push on and take the lead as the Mohawks eventually pulled ahead before the end of the quarter, going into the final break with an 8-point lead with the scores at 45-37.

The fourth quarter saw our hosts firmly establish their grip on proceedings as we found ourselves 13 points down halfway through the final period.

A pair of close-range efforts from Turner brought the scoreline to as close as 54-48 before the Mohawks restored a double-digit advantage to put the game all but out of reach for Coach Peter Mintoft’s side.

Our hosts would continue to grow their advantage to as much as 20 points before a late Rockets run in the final minutes cut the final margin to 15.

Coach Mintoft will take encouragement from a host of positive spells throughout the game, especially in the first quarter, as he looks for his side to bounce back in cup action next weekend before a league meeting against Stockport Lapwings the following week.