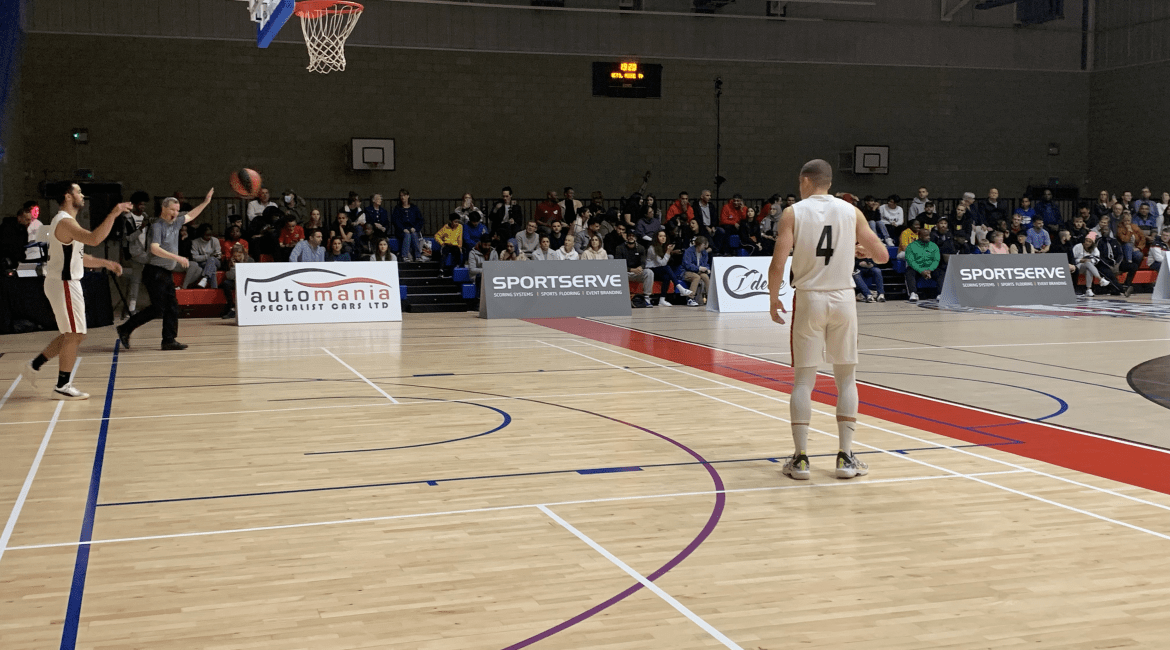 City of Birmingham Rockets Basketball fell to a home defeat at the hands of Nottingham Trent Hoods on Saturday evening.

A strong start saw the Rockets lead until late in the second quarter, with Nottingham holding on to claim the win despite a late Rockets comeback as we found ourselves ten down going into the fourth.

Faaris Mughal was the star of the opening moments, and proved the Rockets’ leading offensive threat throughout, with an early three in the opening seconds followed by a clever reverse lay-up and a midrange jump shot to put our visitors on the backfoot from the tip.

A Mike Thiep dunk and some efficient shooting all around saw us lead 22-15 after the first, with a fast start to the second seeing the lead grow to nine by the halfway point of the second.

A Nottingham run cut the lead to one, with an efficient three-point spell coinciding with an offensive stutter for the Rockets.

This pattern continued as Nottingham opened up their first lead of the night with two minutes of the first half remaining.

We would recover at the end of the quarter to ensure the scores were level at 40 each going into the second half.

Nottingham’s Thorpe hit a three after contact, failed to make the four-point play, but our visitors came back to hit another three to establish an early six-point advantage.

Mike cut the advantage to four before Nottingham hit their third three of the quarter.

Faaris continued his efficient night from three with a pair from range before Louis Evans and Matt Turner also hit from range as the Rockets offense began to click once again.

Defensive consistency was an issue for Coach Douglas’ side throughout the third, however, with our visitors leading by ten as we entered the fourth.

A resurgent Rockets shed that advantage to three by the halfway point of the fourth, but a stubborn Nottingham outfit held on to condemn the Rockets to defeat.