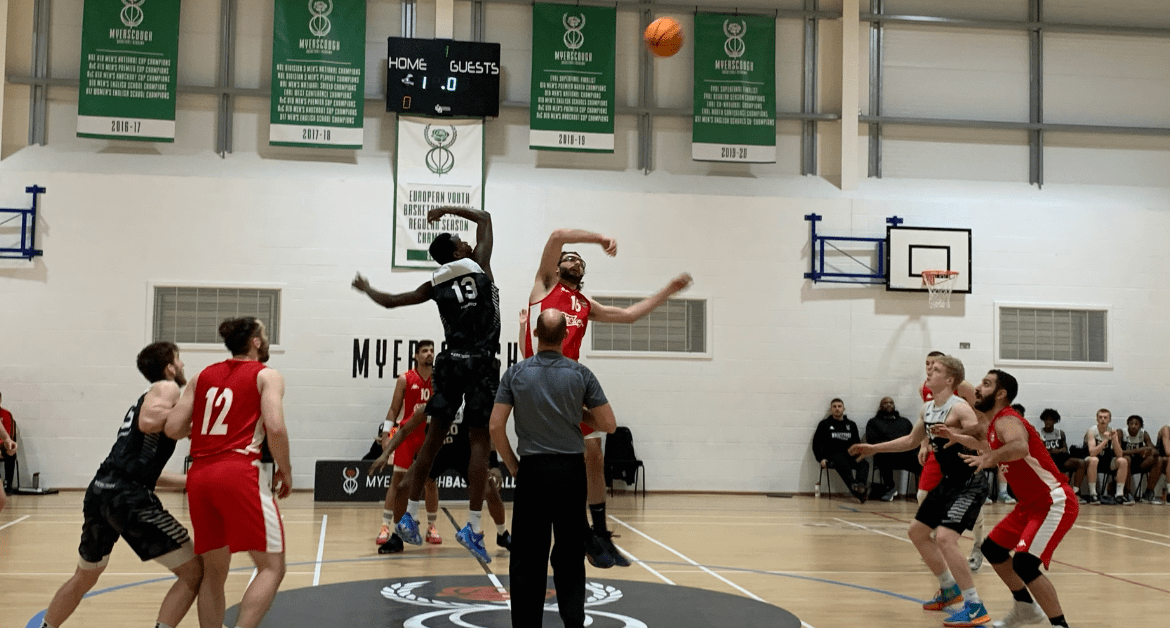 A depleted City of Birmingham Rockets fell to defeat away at Myerscough on Sunday afternoon.

Coach Dominic Short was left to lead the team, but our hosts controlled much of the play from the outset, with an early third quarter run threatening to bring us back in contention as we temporarily reduced Myerscough’s lead to single digits.

It wasn’t to last, however, as the Lancashire outfit pulled away to claim the victory.

The first quarter saw a mixture of defensive breakdowns and inefficient shooting cost Rockets as Myerscough took advantage to open up a commanding early lead.

Vasile Pirvu’s size and rebounding capabilities caused issues as we looked to get back into the game, with the Romanian big man’s physical presence an issue for Myerscough throughout.

Despite this, the second quarter continued the trend of shots not falling despite a host of good openings – much to Rockets’ frustration.

Steph Kontopyrgos looked threatening throughout the first two quarters on his return to the starting five, doing his utmost to keep us in contention.

Ethan Woodward hit a late second quarter three to narrow the differential to 14, but Myerscough went into the break with an 18-point lead after a buzzer beating double.

A blistering start to the third saw us reduce the deficit to single figures with Faaris Mughal, Louis Rogerson-Evans and Nathan Ramsdale-Owen in particular coming out strong to start the quarter.

This was underpinned by a spell of strong offensive rebounding, with Pirvu in particular excelling to keep possessions alive during this period.

Myerscough would rally, however, opening up a 20-point lead in just as swift fashion to once again make things difficult for Coach Dominic Short and his team.

Our hosts were relentless from then on in, quickly pulling away and threatening to hit triple digits – but the result had long been decided by then.

Rockets will look to bounce back next weekend as we prepare to face cross-city rivals Team Birmingham Elite at the Doug Ellis Sports Centre in our final fixture of 2021.