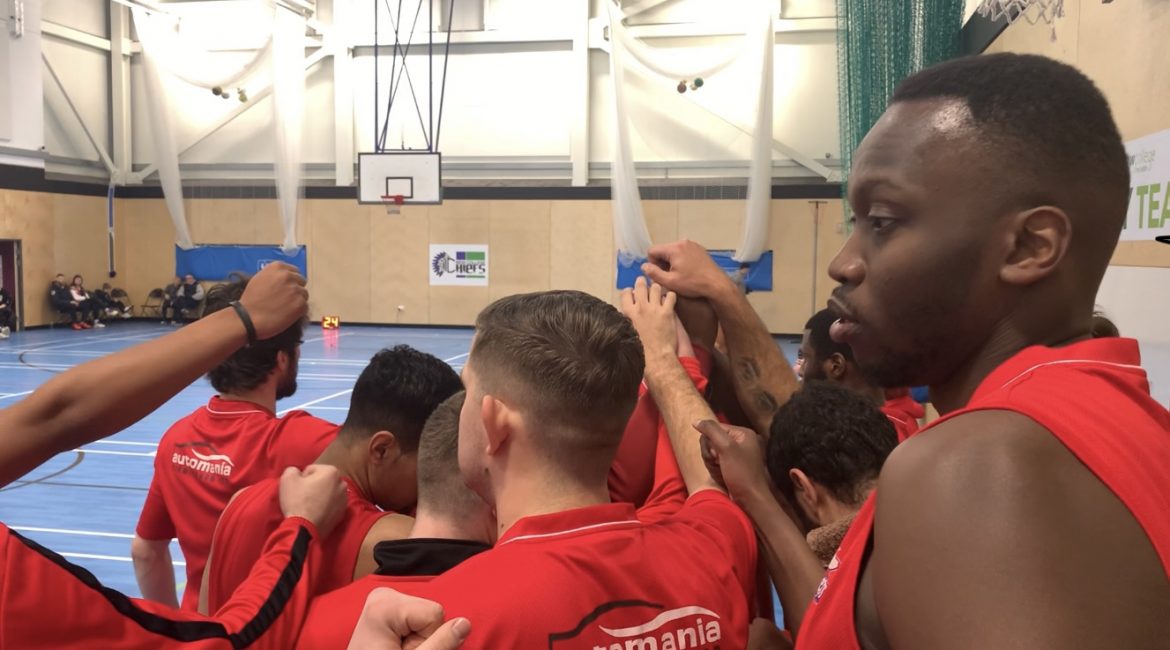 City of Birmingham Rockets’ Men’s First Team fell to defeat against high-flying Doncaster Eagles on Saturday afternoon despite a strong first half showing from Coach Douglas’ side.

A Doncaster three at the buzzer on the stroke of half time narrowed our lead to just one; and would provide our hosts with a springboard from which they would go on to control the remainder of the game.

The returning Mike Thiep got us started in the game with some dominant play inside the paint, providing a physical presence which had been missing from some of our recent outings in his absence.

Nathan Ramsdale-Owen put us ahead before Doncaster took their first lead of the game with a converted and one play.

Faaris Mughal was on hand to help us regain an early advantage with a pair of well taken baskets from close range.

Doncaster’s late three stunted our second quarter superiority somewhat as they pulled it back to just a one-point game with Rockets taking a 32-31 lead into half time.

Theo Turner got the scoring underway in the third after finding himself wide open underneath the basket.

It was not to last, however, as Doncaster went on a run to open up a six-point lead just after the midway point of the quarter before Mike Price and Steph Kontopyrgos reduced the areas once again to just two points.

Our hosts demonstrated why they are challenging the upper echelons of the division as they extended their lead to double digits by the end of the third; leaving Rockets with a mountain to climb as the game etched towards its finale.

It would prove a task too far as Doncaster extended their advantage in the fourth to take the win despite a resilient Rockets display.

We will be looking to bounce back next Sunday as we prepare to take on Northamptonshire Titans at Utilita Arena Birmingham. Get behind the Rockets and secure your tickets here!