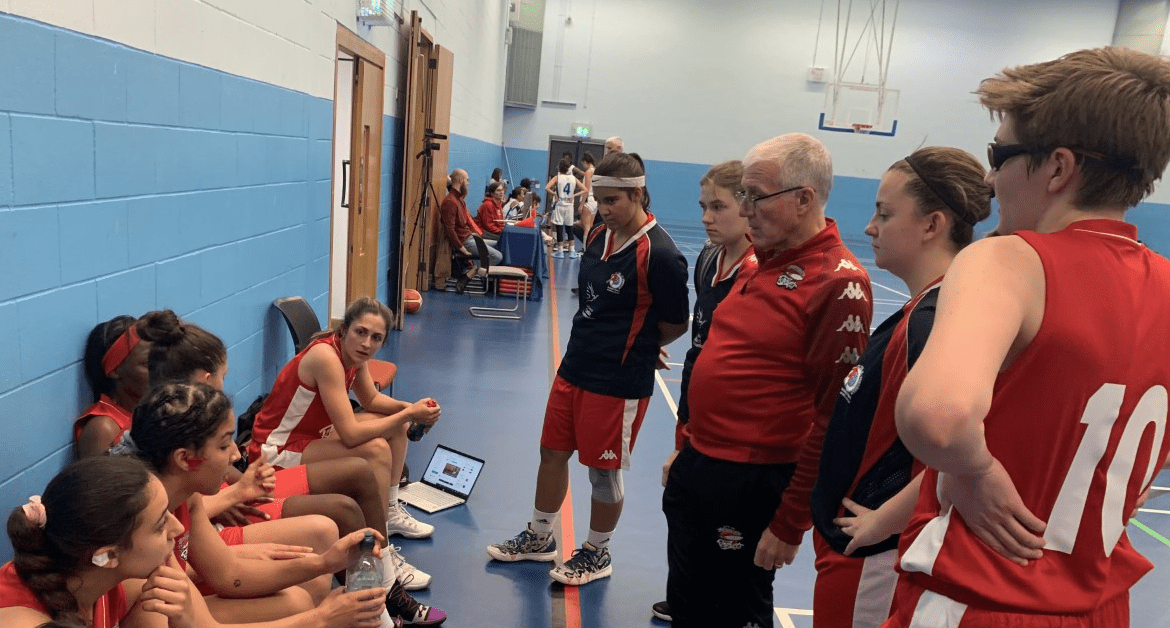 City of Birmingham Rockets Women’s First Team saw their cup ambitions end at the University of Coventry on Saturday as Coventry Flames secured their place in the next round.

Our hosts gradually built their lead throughout the game, with just one point the difference after a close first quarter.

It was a scrappy start from both teams, with missed chances an early theme as both sides were unable to find a consistent way through in the early stages.

Michelle Turner opened the scoring with a three pointer before Kazz Devine-Henry added a pair of free throws to give the Rockets a deserved early lead.

Enke Pashaj’s added another two following a fast break to put the Rockets further ahead before an immediate response from the Flames saw them embark on an eight-point run to go 9-7 up.

A two from Devine-Henry brough us level, however a late free throw from Flames put them 11-10 up after a closely fought first half.

Both teams scored early on in the second but the Flames extended their advantage as they scored 14 in five minutes.

Felicite Umuhoza and Millie Harrison scored a pair of threes whilst Grace Turton added two to stem the bleeding as we cut the deficit to seven.

However, a free throw for Flames combined with missed chances for Rockets meant that we would go into the break 28-20 down.

The third quarter started largely where the second had finished, with our hosts continuing to push and look to consolidate their advantage.

Rockets soon grew back into the game with Umuhoza scoring important points, but ultimately fine finishing from Coventry meant that by the end of the quarter there would be nine points between the sides.

The start of the final quarter saw us throw everything at Coventry, with threes from both Turner and Harrison a result of our early pressure.

Flames’ clinical edge saw them continue to hold the lead throughout the final quarter and they were able to fend off Rockets’ attacks to establish a 20-point lead in the final minutes.

We were able to reduce the deficit in the final stages, but it proved too little too late as we fell to a 55-38 defeat.

We are back in action next Saturday at Nechells Wellbeing Centre as we face Stockport Lapwings, as our focus reverts back to the league.