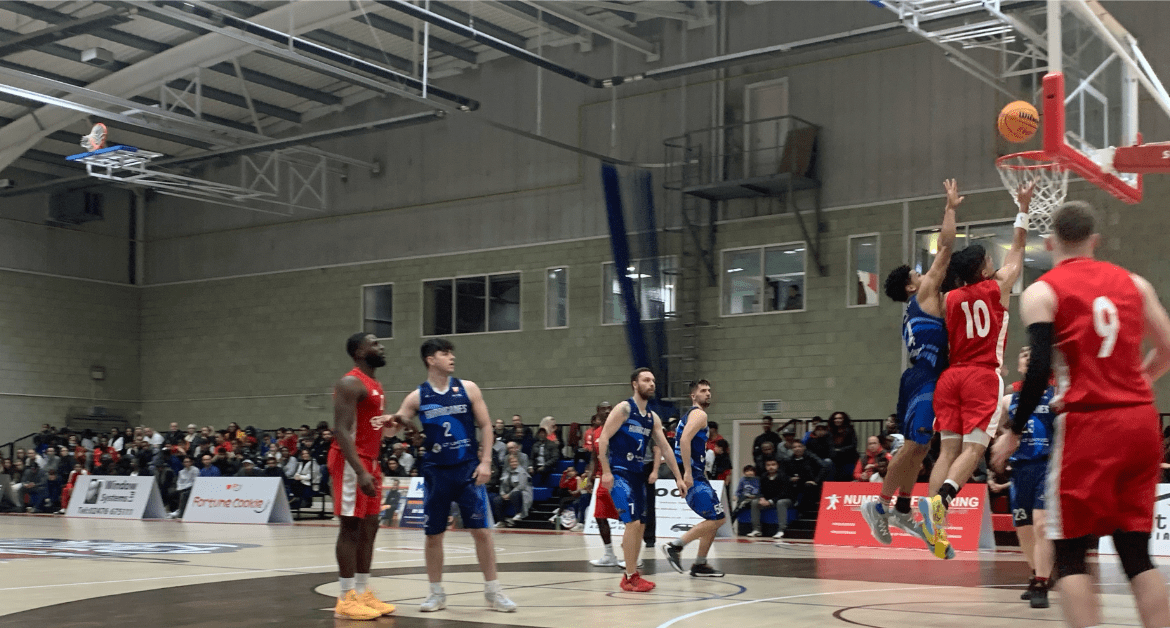 City of Birmingham Rockets Men’s First Team secured their biggest victory of the season so far as a dominant second-half showing saw us claim a 35-point victory at Nechells Wellbeing Centre on Saturday evening.

A 33-point third quarter ensured that we would claim an important victory to bring us back to a 4-4 league record for the season so far.

An even first quarter saw us start strong early on, but a Bristol fightback at the end of the quarter ensured the scores were tied at the quarter break.

The second was equally well matched, with a late five-point Rocket run, including a Steph Kontopyrgos contested three, putting us five points ahead before Bristol once again rallied back to pull themselves to back within one.

Mike Thiep added some important points late in the quarter, the first an inspired hustle play to tip in from Nathan Ramsdale-Owen’s miss to extend our lead to five, before adding two more at the buzzer to grant us our biggest lead of the night up to that point.

An early dunk got the ensured the third got off to a similar start, with the Rockets extending the lead into double digits as we capitalised on a dominant spell of play.

Bristol then threatened to drag themselves back into it with a pair of threes, which coincided with temporary dip in our offensive output to bring our visitors back to within four before the Rockets onslaught ensued.

Faaris Mughal converted a pair of free throws before adding another two on the back of a well worked move before Steph added another two to re-establish our ten-point lead.

Our young number ten would add another three points courtesy of an and-one play before Michael Gayle added a three of his own from the corner after overpowering Rockets pressure from the resulting inbound saw the ball turned over.

Faaris came into his own in the third, adding a steal to his already impressive stat sheet for the quarter before his slightly off effort was slammed home by Mike Thiep, who had just provided an impressive defensive block moments earlier – much to the delight of the Rockets fans.

The third quarter drained our visitors, who were only able to put up 11 fourth quarter points, whilst our 19 point haul widened the margin between the sides further.

Make sure you join us for our next home fixture against Encon Derbyshire Arrows on 4th December 2021. Get your tickets now by clicking here!