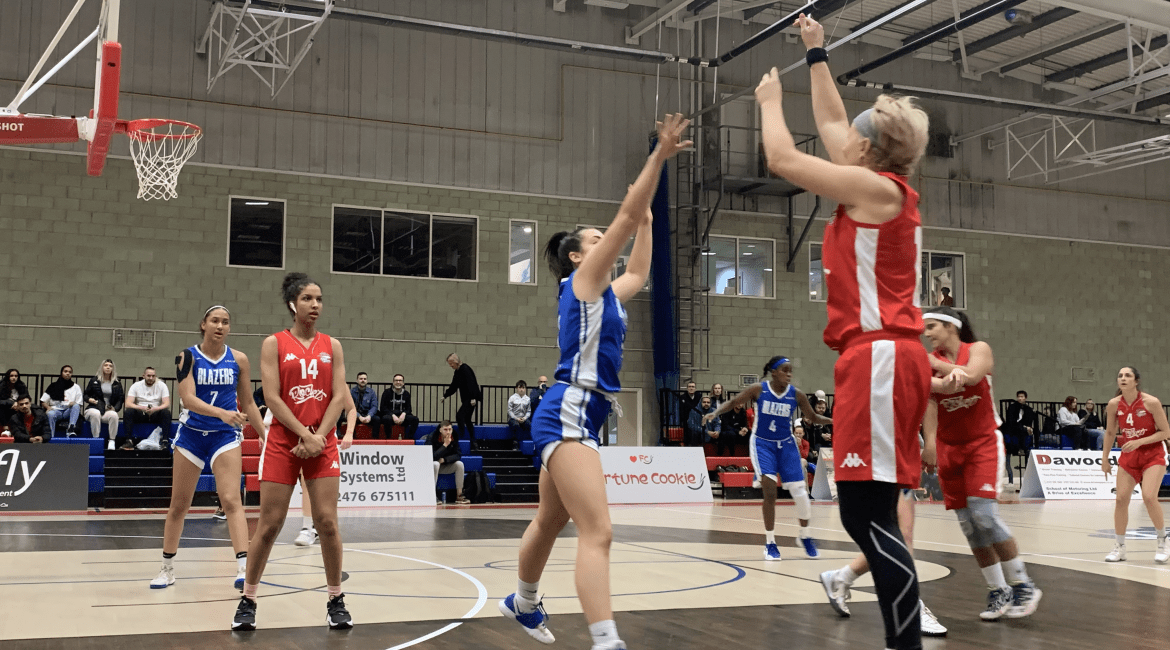 City of Birmingham Rockets’ Women’s First Team fell to a home defeat at the hands of Derby Trailblazers on Saturday afternoon, despite a bright start to the game at Nechells Wellbeing Centre.

The Rockets came out of the traps quickly and to great effect, going on a 9-0 run from the tip to establish a strong early advantage with Michelle Turner in particular clinical early on as we raced to an early lead.

Indeed, by the halfway point of the first quarter, Coach Peter’s women had reduced Derby to just three points, all of these coming from free throws.

Rockets had the better openings for the remainder of the quarter, but were guilty of missing a series of good opportunities that could have stretched the lead into double figures.

Tedi Georgieva scored her first points of the season to put the Rockets on 11 after a series of good fast breaks led by the impressive Turner.

Marite Vane then added two to the Rockets total to increase the lead to five points going into the first quarter.

Great defensive play from Milly Harrison followed by more sharp shooting from Vane increased the Rockets advantage, before Harrison herself got on the scoresheet as the Rockets looked as though they had found a consistent offensive rhythm.

However, Derby finally found their attacking nous, and were able to edge ahead halfway through the second quarter despite some of Rockets’ best attacking play of the season.

Rockets were able to keep pace despite Trailblazers scoring 15 in four minutes, with the score standing at 24-21 with four minutes left to play in the second quarter.

However, our visitors would pull ahead at the end of the quarter, scoring ten points in just a single minute as the Rockets struggled to contain their attacking threat.

By the end of the quarter, Derby had established complete dominance as a 39-point quarter saw them firmly in command for the rest of the game.

The third quarter started with a three from Turner as the Rockets looked to find a way back into the contest after the second quarter’s disappointment.

But it was not to be, however, as Derby quickly replied with a three of their own followed by a free throw and another three as our visitors ended any slim hopes that Rockets might have had of a comeback.

Kazz Devine-Henry provided a block before scoring on the fast break in an impressive play to give the Rockets fans something to cheer about, but Derby had long wrapped up the game.

Vane was able to score a couple of two-pointers to ease the deficit slightly as the game etched towards its finale, but Coach Peter’s team are still searching for a first win of the season.