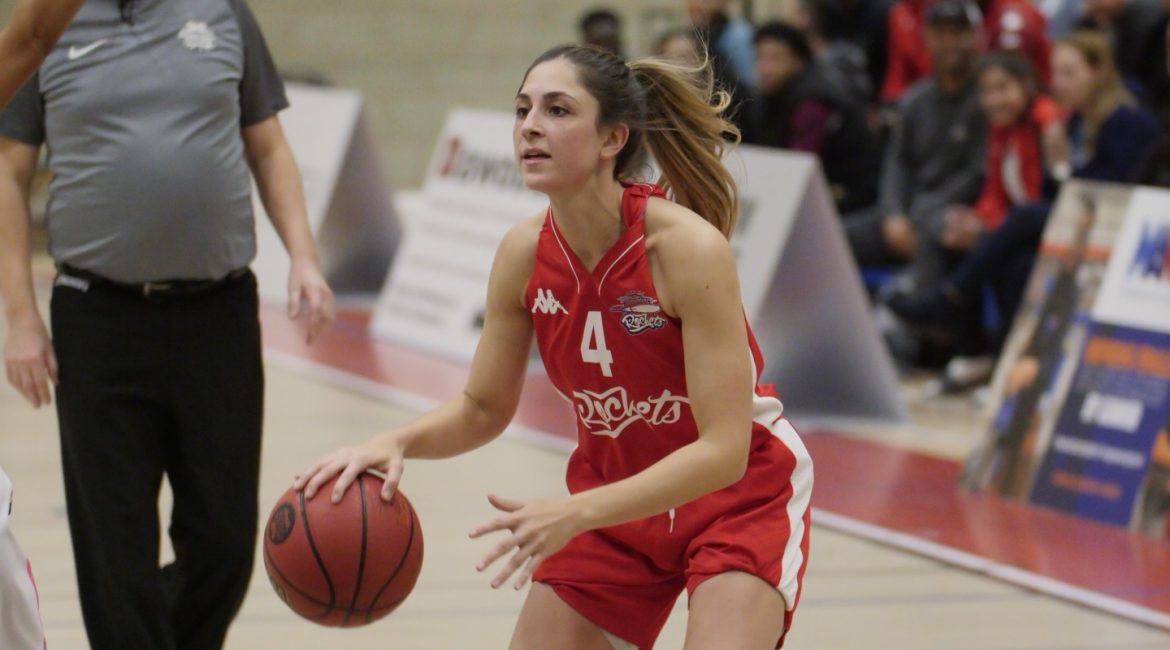 An impressive fourth quarter display saw us record 24 points whilst limiting our visitors to just seven; but the damage had already been done.

A slow start to the first saw us put up just six points all quarter. This proved especially costly as Tees Valley raced to 28 points in the same period.

The next two quarters were more even – Michelle Turner hit an early three as we looked to get going offensively, but both sides were fairly well matched from here until the game’s final quarter in truth.

A 6-0 run to start fourth threatened a comeback, with Rockets’ constant high press proving difficult for Tees Valley to cope with.

The introduction of Enke Pashaj breathed new life into Rockets’ offense, whilst Sandra Hewakowska provided a constant threat with her drives to the basket.

Antionette Torgbi got the close range shot to bring the game to within five points with just under a minute to play to set up a tense finale as Tees Valley began to feel the effect of the home crowd.

Despite late pressure to narrow their advantage to just two points, Tees Valley were able to hold on and see the game out.