Great Set Of Results For Juniors After Big Weekend For Rockets 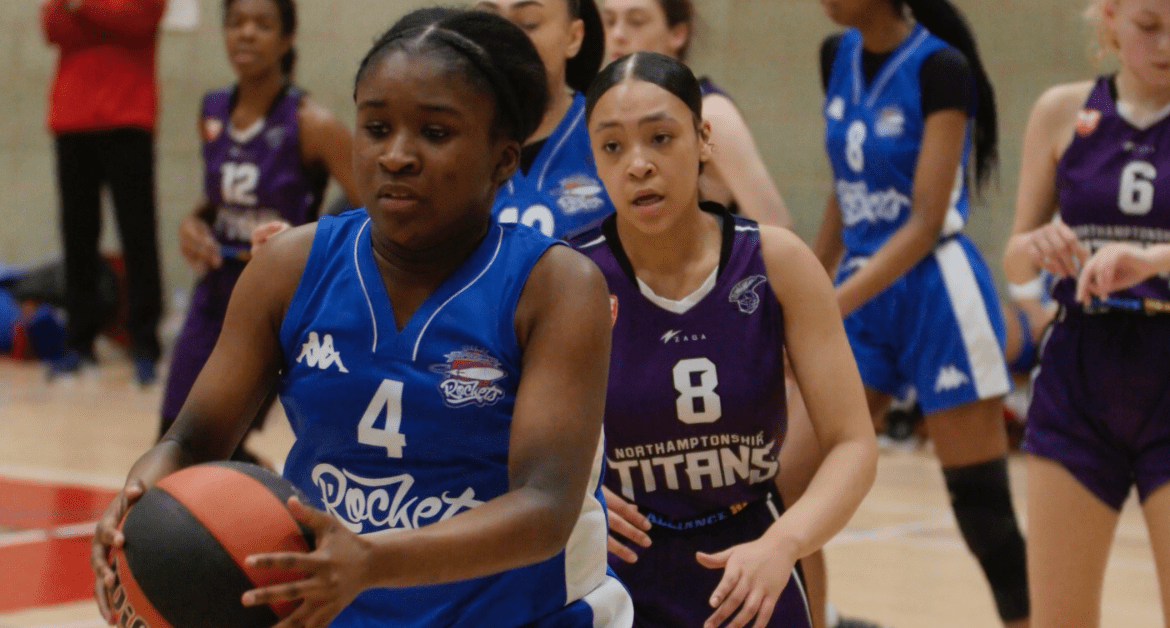 It was a good weekend for our Junior Rockets with three wins from four games including a great win for our Under-18 Boys.

We hosted Reading Rockets knowing that a win against the third-placed team in the league would put us on 19 points and move us within a chance of the play-offs at the end of the season.

We were on the front foot from tip-off, eventually winning by 76 points to 71 as we continued our good run of form that has seen us now win two in a row ahead of our trip to face second-placed Solent Kestrels on Saturday.

Our Under-18 Girls were also victorious against Northamptonshire Titans, beating them 72-33 and inflicting their second defeat on them in just over a week.

Also coming away with the points were our Under-16 Boys side, with Ricardo D’Alva’s team beating City of Edinburgh 89-53 at Nechells Wellbeing Centre to move within just three points of second place before our match against table-toppers Newcastle Eagles this coming weekend.