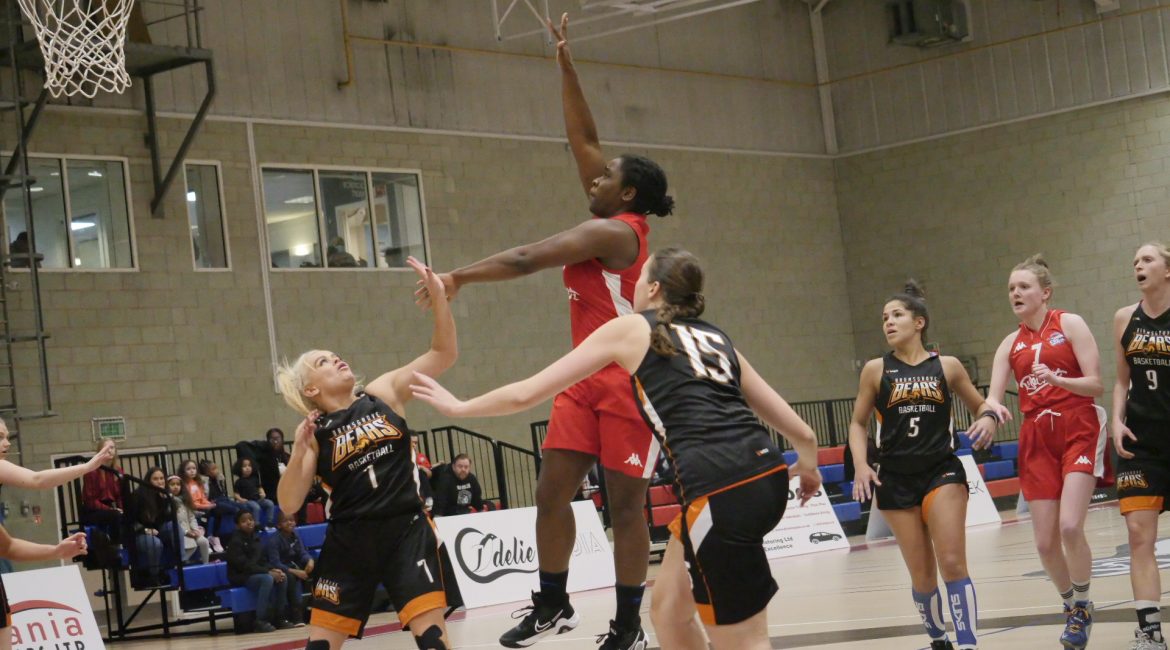 City of Birmingham Rockets Women’s First Team fell to a narrow defeat on Saturday evening despite an inspired third-quarter comeback pushing Bromsgrove Bears to the wire at Nechells Wellbeing Centre.

The returning Antionette Torgbi provided a valuable rebounding presence throughout the game which contributed massively to our third quarter streak as Bromsgrove were unable to grab their offensive boards.

A slow second quarter had allowed Bromsgrove to open up a 17-point margin by the interval, but Rockets would storm back into the game in the third.

A 15-0 Rockets run saw us take an unlikely lead, with Kazz Devine-Henry getting the basket to put us ahead for the first time on the night before Bromsgrove bounced back as the quarter etched towards its climax.

Enkeleda Pashaj drained a three on the buzzer to put us one point ahead going into the fourth; seemingly with the momentum to push on as our first league victory of the season looked within reach.

It was not to be, however, as Bromsgrove came out flying in the fourth to pull away to record an eight-point victory.