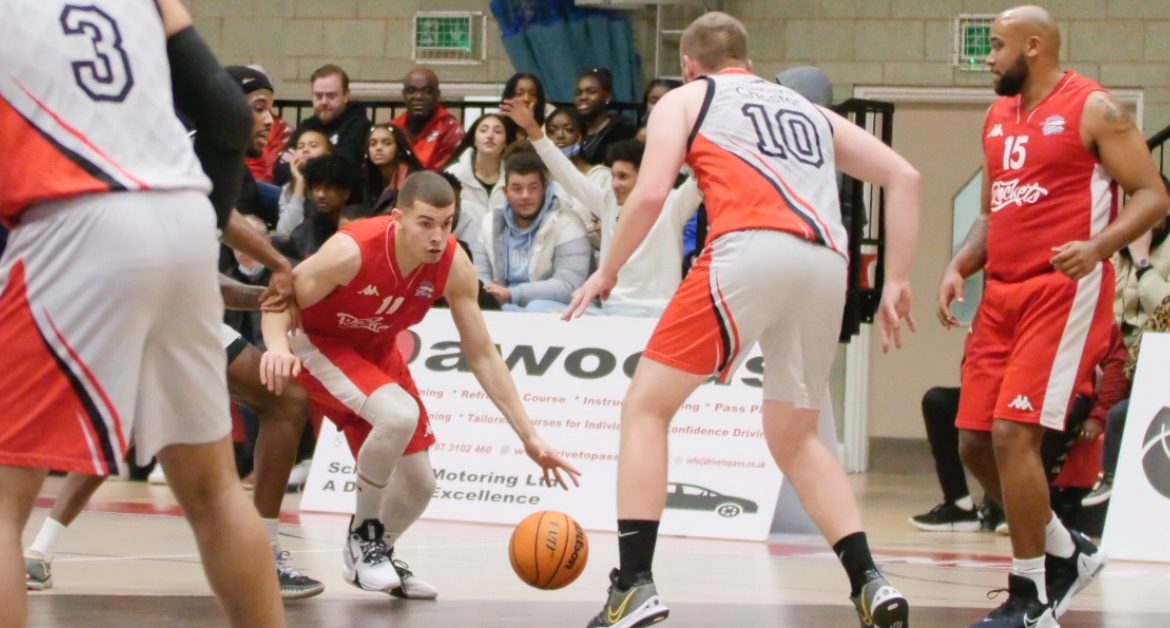 A heavily depleted City of Birmingham Rockets side fell to defeat at Nechells Wellbeing Centre on Saturday evening.

Jordan Dawes, Mike Price, Stephanos Kontopyrgos, Akim Nweke, Vasile Pirvu, Mike Thiep, Elvis Zeiluks and Matt Gaskell were all out for Rockets, with Sebastian Drysdale and Theo Reinarz both being called up from the under-16s and under-18s respectively to plug the gaps in Coach Douglas’ roster.

Both came on to make their debuts for our first team and everyone at the Club would like to congratulate them for achieving this latest milestone.

Drysdale attended the England Super Talent Camp at the end of 2021 and is another young player to watch going forward as he pushes ahead with his development here at Rockets.

Louis Rogerson-Evans got the scoring underway in the game but both sides started slowly in truth, with both ourselves and Chester recording single-figure scores at the end of the first quarter.

Theo Turner got us started in the second with a well taken three before Nathan Ramsdale-Owen’s off-balance jumper saw us keep pace with our visitors until the halftime break.

Chester would pull away in the final two quarters, utilising their bench and squad depth to great effect, with the depleted Rockets beginning to run out of steam as the game progressed.

Turner top scored on the night for Rockets with 15 as he stepped up to fill in at centre, but Chester’s consistent scoring for the final three quarters condemned us to defeat in our first game of 2022.

Our next home fixture is at Utilita Arena Birmingham on Sunday 30th January, with tickets to the 2022 BBL Cup final included in the price for Rockets fans at a heavily discounted rate. Don’t delay – find more info and book your tickets by clicking here.