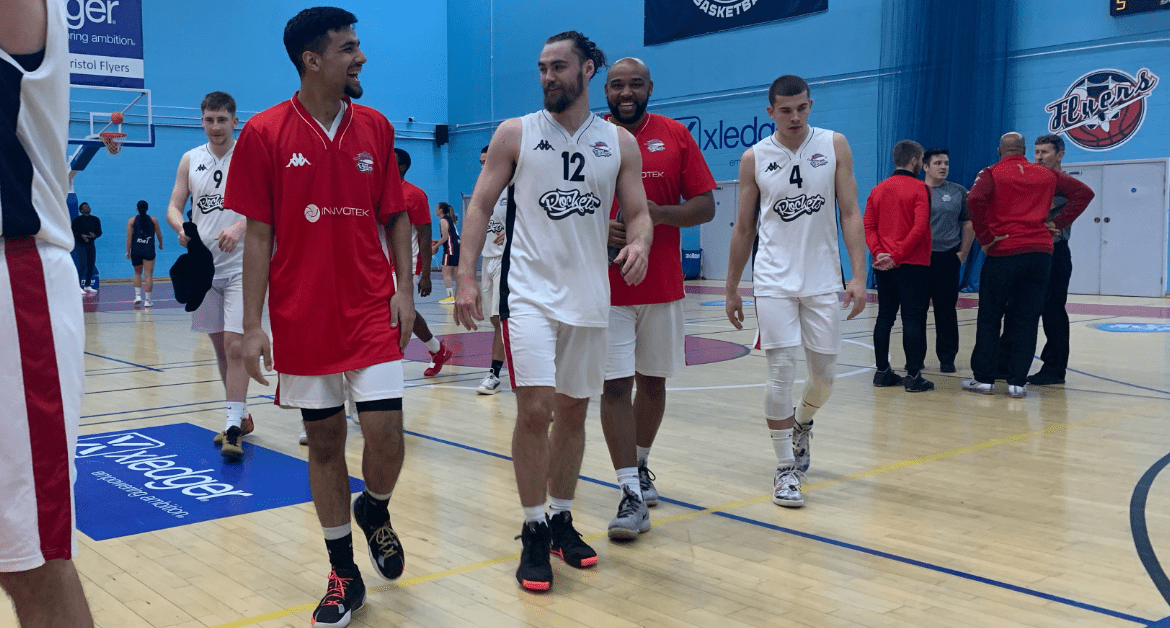 A dominant performance saw us control the play for large periods on route to a third league win of the season as a strong first half showing paved the way to a comfortable victory.

The Rockets came out of the traps quickly to establish a double digit first quarter lead with Mike Thiep in particular impressing early on.

Bristol struggled to deal with Mike’s presence at both ends of the court, with his early proficiency from the line also causing issues for our hosts.

Bristol would rally at the start of the second to bring it back to within ten, but a resurgent Rockets side hit back to go into half time with our seventeen-point lead intact.

The third quarter saw more of the same, with a dominant Rockets outfit slicing through Bristol at will as we widened the margin to put the game all but out of reach by the end of the quarter.

Ethan Woodward and Theo Turner came off the bench to great effect offensively whilst Bristol struggled to break through a stubborn Rockets defence as the distance between the sides grew.

Bristol would stage something of a fightback in the final quarter as they looked to restore some pride, but we would still claim a comfortable twenty-one-point victory.

Join us for our next game as we take on Bristol Hurricanes at Nechells Wellbeing Centre, tip-off is at 19:30 on Saturday 20th November. Click here to secure your seat!