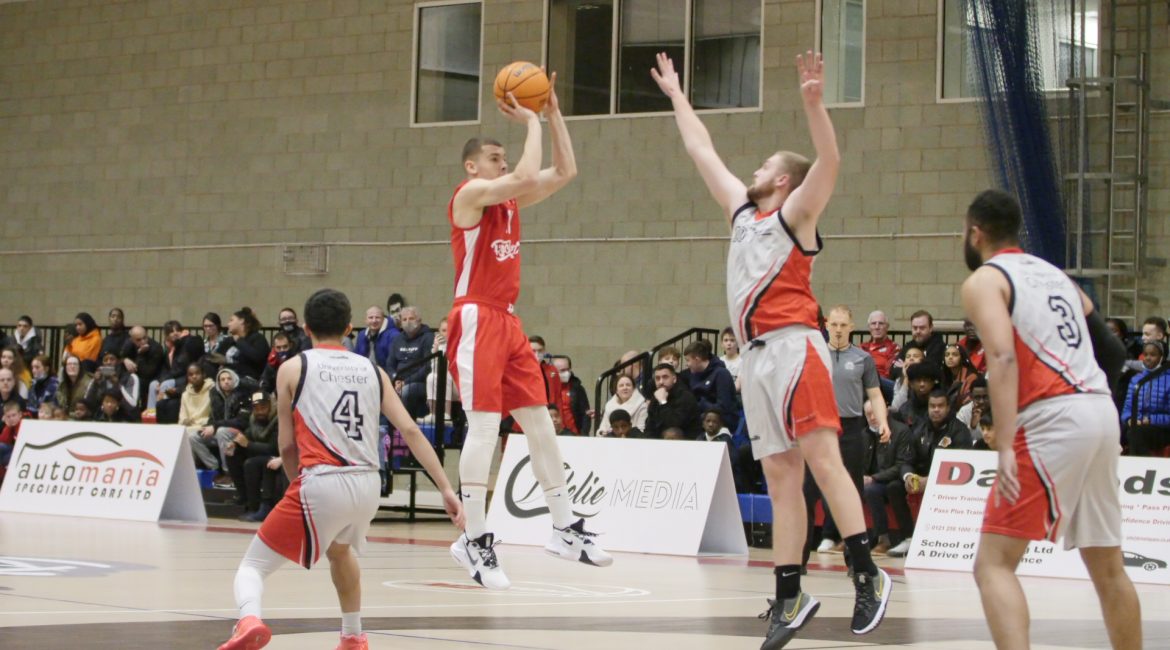 The game will be our men’s first outing since our defeat to Encon Derbyshire Arrows a fortnight ago, with Doncaster set to pose yet another stern challenge to Coach Douglas’ side.

Rockets will hope to have a deeper roster to contend with as a number of players who missed our last fixture are expected to return to the side.

Doncaster hold a 7-4 record for the season, seeing them sit in third place going into the game.

Before their postponed trip to Team Birmingham last weekend, Doncaster overcame Myerscough 98-94 in a dramatic overtime win to start 2022.

A win against Rockets will boost their promotion hopes and will give them optimism that Division 1 is within their reach.

University of Chester continued their good run of form last Saturday by beating Bristol Hurricanes by nine points to lift themselves off the foot of the table, while Encon Derbyshire Arrows overcame Myerscough by just a single point.

This weekend sees Nottingham Trent Hoods take on Charnwood Rivals in a huge game at the bottom of the table in a game which could prove vital to either side come the end of the season.

Meanwhile, Northamptonshire Titans host Team Birmingham at Northampton School for Boys as they look to close the gap on Magic and boost their promotion hopes ahead of our meeting with them next Sunday at the UTILITA Arena.