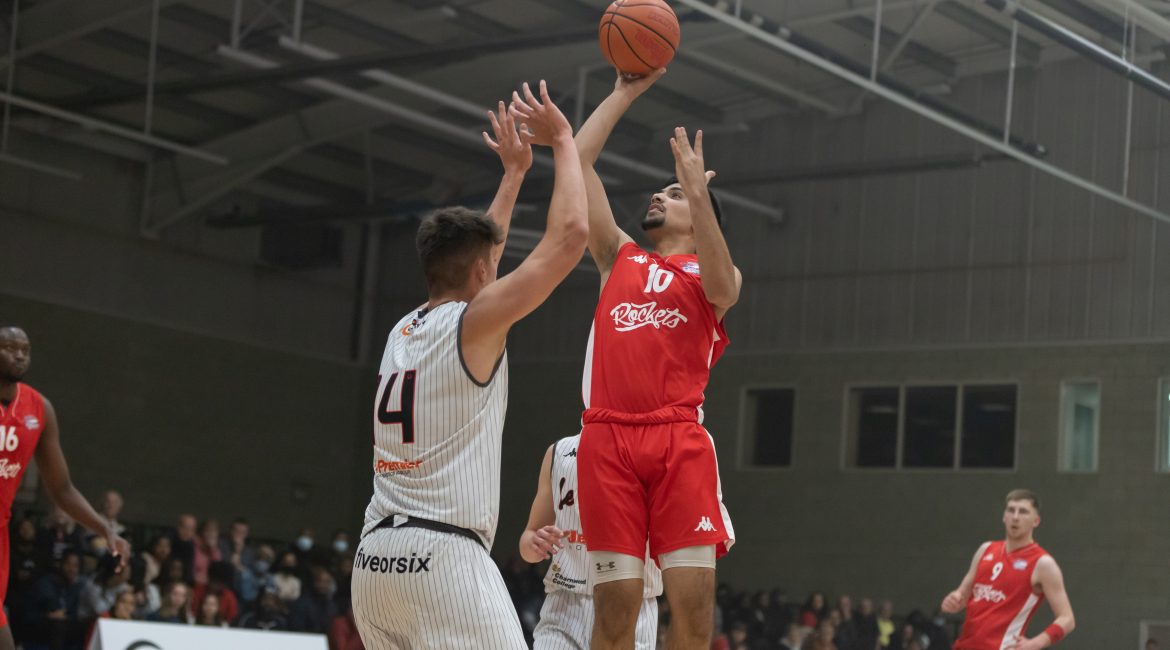 Coach Paul Douglas’ side will be looking to secure back-to-back victories after last Saturday’s morale-boosting win at home to Charnwood Riders.

Last weekend’s win was our second of the season, meaning we travel to Manchester with a 2-3 record to start the season.

Nathan Ramsdale-Owen’s 25-points coupled with Michael Price’s nine points and nine boards saw us record our first home win of the season after away success at the University of Chester early in the campaign.

Manchester Magic have won three of their opening four, with their only defeat so far coming last weekend away at Bristol Academy Flyers by way of a 76-72 scoreline.

However, they have also put up 105 points in a dismantling of Charnwood Riders, whilst also securing comprehensive victories at Nottingham Trent University Hoods and at home to the University of Chester.

How To Get There

The game will be played at The Manchester Basketball Centre, Wilbraham Rd, Manchester, M16 8GW

We are the late tip-off at 18:30, with a full schedule of league action set to get underway before our visit to Manchester.

Doncaster Eagles also play at 16:00 as they host Northamptonshire Titans before Nottingham Trent University Hoods face Encon Derbyshire Arrows at 18:00 alongside Myerscough Basketball Academy’s visit to the University of Chester.

Our Women’s First Team will be looking to bounce back from last Saturday’s disappointment at home to Stockport Lapwings as they make the short journey to Team Birmingham Elite at 18:00.

Team Birmingham Elite have struggled this season, with three straight defeats to begin the season seeing them bottom of the league standings.

Sheffield Hatters beat them 80-33 last Saturday away at the All Saints Sports Centre.

We are one of just two games scheduled, with Stockport Lapwings hosting Derbyshire Diamonds in the other game of the day at 14:00.