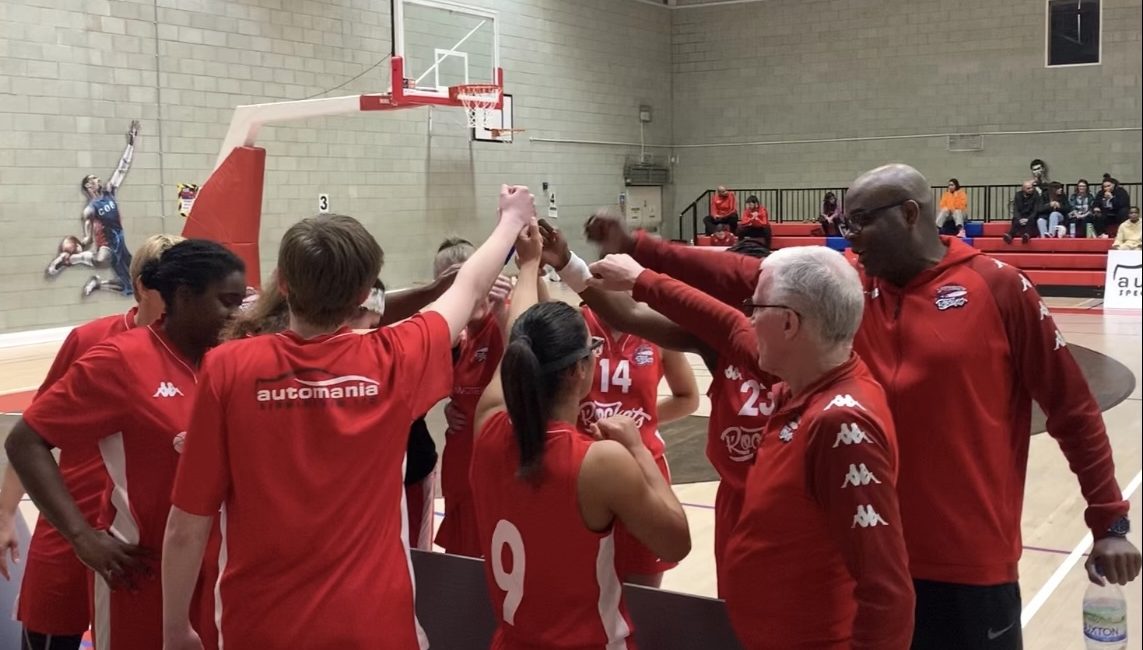 On Sunday our Women’s First Team make the short trip north to take on Derbyshire Diamonds and will be feeling positive about taking the points home after their best performance of the season so far last time out against Bromsgrove Bears.

Coach Peter’s Women put together their most complete performance of the season so far, with new additions Sandra Hewakowski and Antionette Torgbi proving influential as we nearly took our first victory of the campaign.

Rockets will be hoping to follow up on that performance this weekend as we visit seventh placed Derbyshire Diamonds.

Diamonds have been on a poor run of form as late, losing their last three games to Nottingham Wildcats, Sheffield Hatters and Manchester Magic with their last win coming in mid-November when they triumphed by nine points against Team Birmingham.

They too will be hoping that they can pick up a win over the weekend in this match between two sides at the wrong end of the table.

This weekend sees league leaders Stockport go up against Nottingham Wildcats, as they look to close in on promotion to the First Division in the new year. Manchester Magic are also in action away at Team Birmingham, also looking to pick up the points and move closer to promotion.