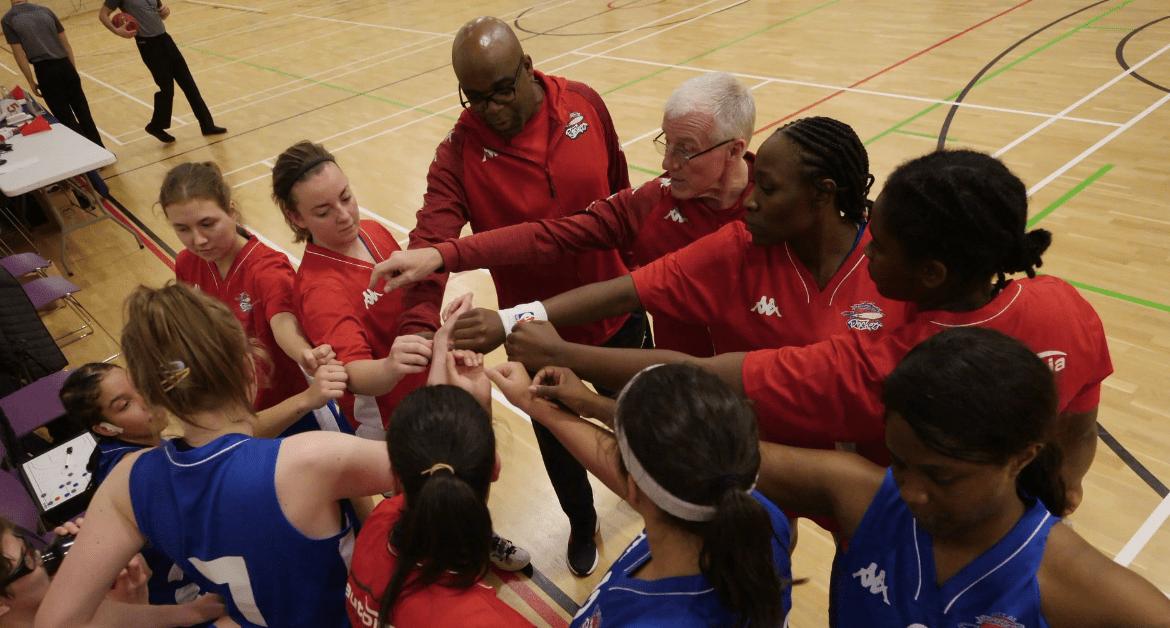 City of Birmingham Rockets’ Women’s First Team slipped to an away defeat against Team Birmingham Elite on Saturday evening.

Despite being without leading scorer Michelle Turner, we trailed by just five going into the fourth where our hosts would eventually pull away and claim their first victory of the season.

However, Elite quickly established an early scoring rhythm, establishing a five-point lead by the mid-point of the first quarter as our inefficient shooting proved a stumbling block early on.

Rockets hit back with points from Kazz Devine-Henry, Tedi Georgieva and Emma James turning the game on its head as we established a two-point lead with three minutes of the first quarter remaining.

The travelling Rockets fans were in good voice throughout, with the game at times feeling more like it was being played at home as the travelling support really got behind the team.

The second quarter opened with an attacking masterclass from Rockets, as we took a six-point lead in a matter of minutes, with Devine-Henry again leading the attack impressively as both she and Harrison got on the scoresheet.

With three minutes to go until halftime, a six-point Team Birmingham run put them back ahead, before a fast Rockets response meant both sides went into the break level.

Team Birmingham reclaimed the lead within a minute of the restart, racking up a four-point advantage for which the Rockets could find little immediate remedy.

A free throw from Milly Harrison narrowed the deficit, bringing Coach Peter’s Women within a point of Elite, before Emma James scored another two to give us the lead with four minutes to play in the third quarter.

However, we saw our lead erode and then surpassed as Team Birmingham took a five-point lead by the end of the quarter.

The fourth quarter opened in a scrappy manner, after which the Rockets grew into the game for a brief spell, as we reduced Team Birmingham’s advantage to three points.

Rockets found it hard to break through Team Birmingham’s defence as the final quarter wore on, with Elite ruthlessly exploiting this in a series of fast breaks to put themselves 12 points up, 49-37.

A free throw from Emma James reduced the damage slightly, but this was followed in quick retaliation with three points for Team Birmingham, putting them 14 points ahead.

The last minute witnessed Elite extending their lead further through a pair of free throws.

Rockets are next in action in two weeks at home to Derby Trailblazers. Tip-off is at 17:00 and is followed by the Men’s game, who entertain Bristol Hurricanes. Secure your tickets for both games here.