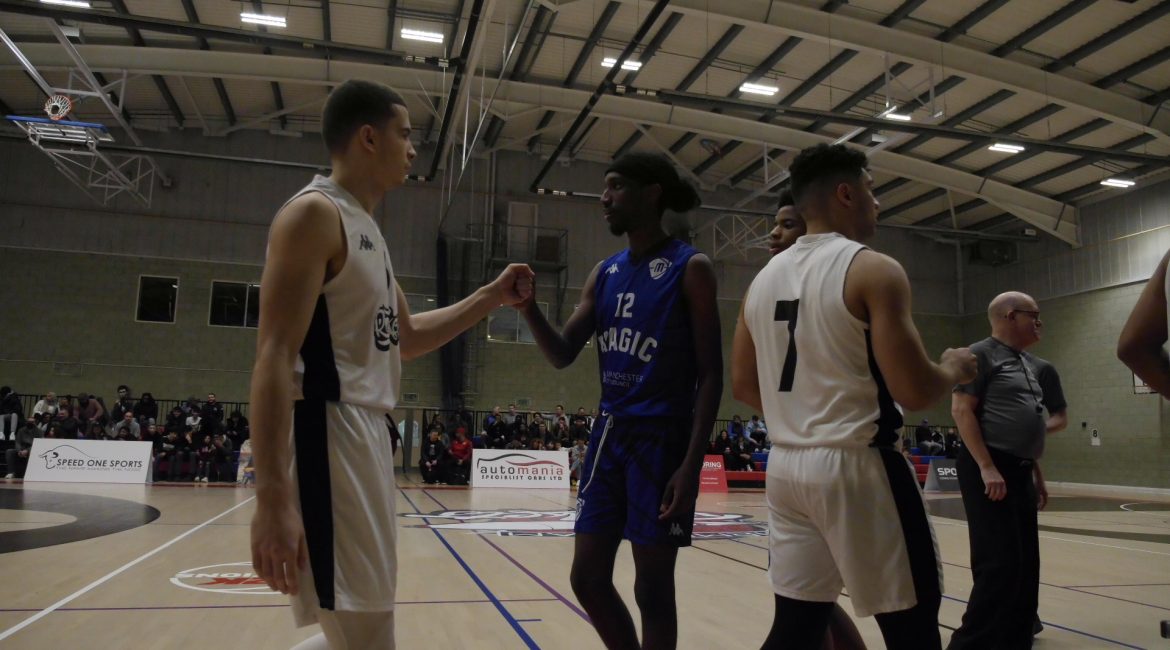 Rockets pulled the game back to within two midway through the second after Manchester had established a commanding early lead, but our visitors fought back to take the win with a strong second half display.

Jordan Dawes started the game on form for Rockets, keeping us in contention early on by scoring all of our first 7 points.

Theo Turner split a pair of free throws after Louis Rogerson-Evans’ close range drive saw us stay in contention as our hosts threatened to pull away early on.

Michael Gayle hit a mid range jumper to round off an early Rockets run to start second which brought us back to within two points.

It wouldn’t last for long, however, as Manchester showed why they top the league standings by pulling away to a 49-36 halftime lead.

Matt Parker returned from an injury lay-off and linked up well with Mike Thiep as we looked to chip away at Magic’s advantage, but a strong second-half showing from our visitors ultimately put the game out of reach.

Make sure you join us next Saturday back at Nechells Wellbeing Centre for a huge game as we take on Bristol Academy Flyers, tip-off 6pm.