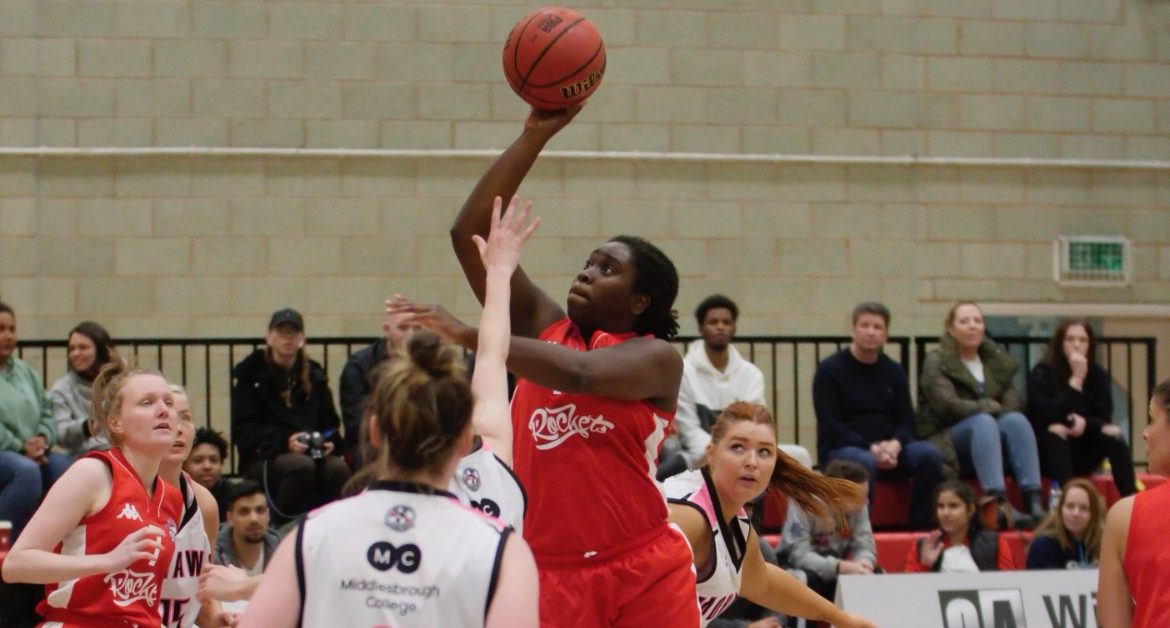 Our Women’s First Team make the journey to Derby tomorrow as they prepare to face off against high-flying Derby Trailblazers at Clarence Wiggins Sports Centre, tip-off 16:45.

Coach Peter Mintoft’s side did not play last weekend as Team Birmingham Elite were unable to fulfil the fixture, so they will be looking forward to getting back out on the floor tomorrow afternoon.

Our last fixture saw us slip to a 56-47 defeat away at Stockport Lapwings in what was an admirable display against the league leaders.

Derby’s opposition were also unable to fulfil their fixture last weekend so they were handed a 20-0 victory against Sheffield Hatters.

Their last outing was at the start of the month, as Nottingham Wildcats beat them at home by a 75-59 scoreline.

Coach Mintoft will nevertheless be requiring his side to play to their maximum against the third placed Trailblazers.

Stockport Lapwings host Tees Valley Mohawks in the first game of the day at 16:00 before our game tips-off at 16:45.

There are two more games scheduled for Sunday, with Bromsgrove Bears playing University of Nottingham Wildcats before Manchester Mystics and Sheffield Hatters round off the weekend’s action.