CITY OF BIRMINGHAM ROCKETS BASKETBALL CLUB > News > Latest News > Coach Douglas: “We Have To Go Out There And Win The Game”

Coach Douglas: “We Have To Go Out There And Win The Game” 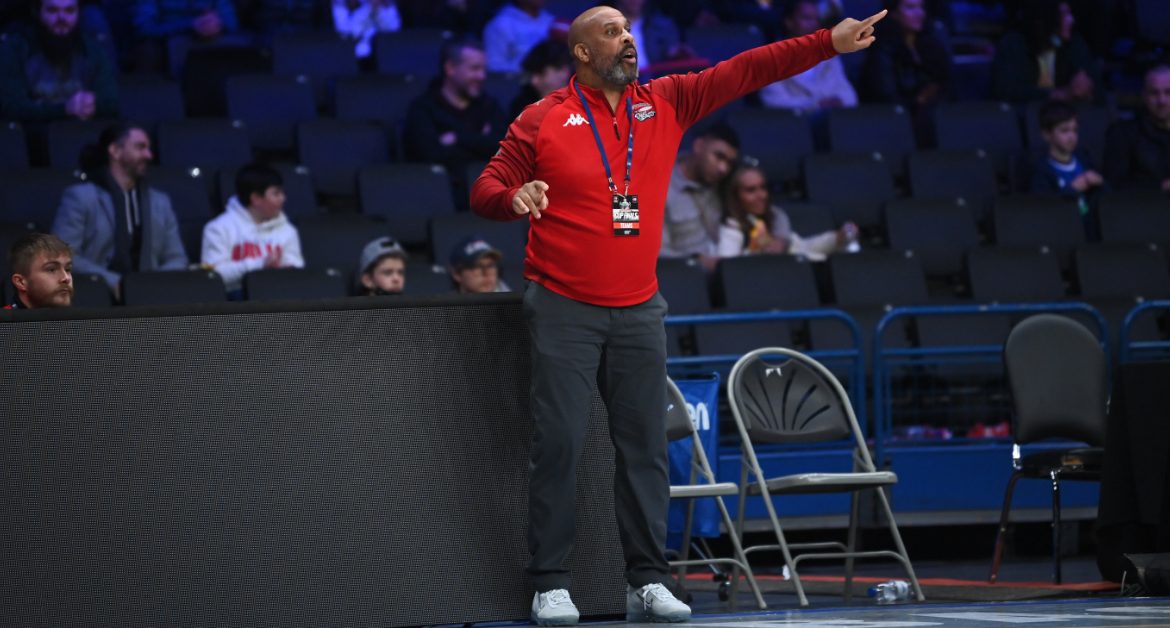 We caught up with Coach Douglas for his post-match thoughts after Sunday’s game away at Derbyshire Arrows to talk about the game and the importance of this Saturday’s season finale.

Despite a strong start to the game, Rockets would eventually lose out 90-80 in a game which could have gone either way.

“I’m really proud of my guys and the way they battled, especially in that first half when we were up thirteen,” he said.

“Unfortunately, we were unable to stabilise it, they were able to come back into it with some good play, some mistakes on our part, but again I thought the effort from us in the fourth quarter was fantastic.

“It might have been a bridge too far, but the effort was outstanding.”

With the division on such a knife edge heading into the final round of fixtures, Coach is confident in his side’s ability no matter the opponent.

“We didn’t really lose our composure; the guys know that they can compete.

“This is a team, even when not at full strength, that can go out there and really show what they can do.

“I’ve told them to keep their head up, we know that Myerscough play a different way.

“I looked at the team list from when we went up to Myerscough and we were really short on players and experience for that game.

“We should hopefully be back at near enough full strength – we have to see how Mike’s calf holds out, but Akol and Vas should be available.”

Douglas also spoke of the importance our home crowd will play in our final game and the impact you have on the team as we gear up for the biggest game of the season.

“I know they will come and get behind the team – you know that; that’s guaranteed.

“What we have to do is go out there and win the game.

“We have to go out and do the job we did in the first half today and maintain that for the full 40 minutes – it should be a good game.

“We can play. I have no doubt and we have shown that we have just got to be consistent – I am looking forward to that last game.”