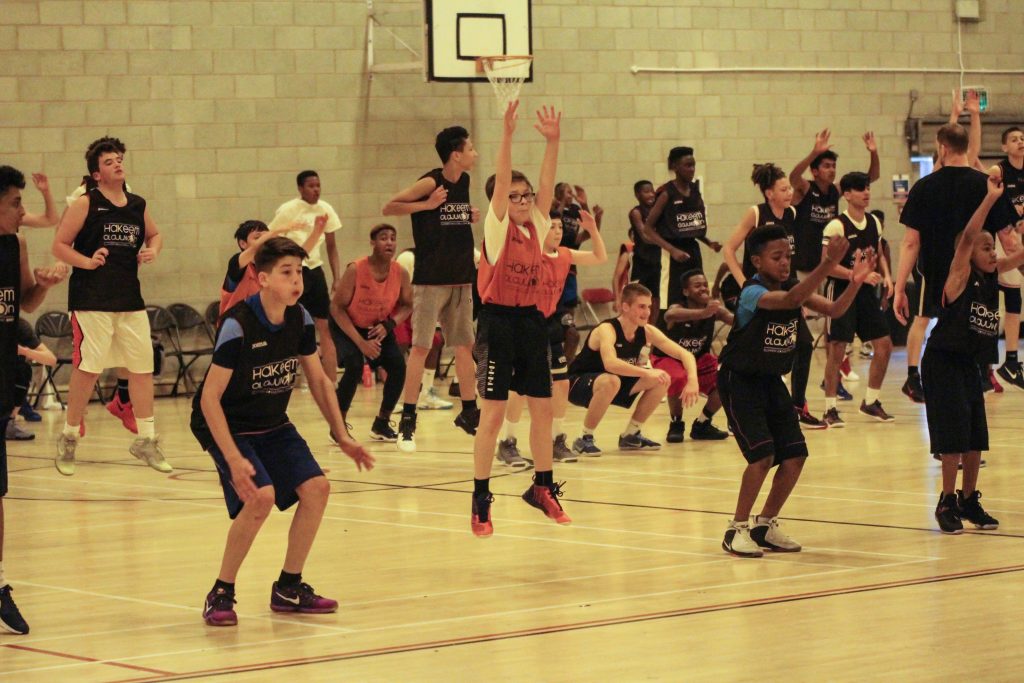 The City of Birmingham Rockets Basketball Club, set up in 2003 to provide sport and community programmes across the city, has appointed a new board of business leaders to help drive its ambition to develop grass-roots and elite-level basketball across its catchment area.

The award-winning club involves around 800 youngsters each week during the playing season. Its international summer camps attract more than 100 participants from around the world and are led by NBA legend and Hall of Fame inductee Hakeem Olajuwon, an international ambassador for the Rockets.

A new business plan has been drawn-up to ensure the club is at the forefront of basketball development, with programmes to nurture talent while ensuring basketball is used a tool for social good across the city.

The club is Chaired by Kirk Dawes, a former Detective with West Midlands Police. In 2004 he was awarded the Queen’s Police Medal and now works in transformation and conflict management, and reducing gun and gang violence.

The Club prides itself on its reflection of the diversity of this great city and its commitment through youth activity to an approach that extends into and beyond the lives of its players, their families and wider Birmingham in the furtherance of peace and wellbeing.

Mr Dawes is now supported by a range of business leaders from across the city who bring a variety of high-level skill sets to help drive the organisation forward.

Representing the new City of Birmingham Rockets Basketball Club Board are:

The club will continue to be led operationally by Rob Palmer, its original founder in 2003. Rob has 17 years of sports development experience, working with young people in leadership and mentoring roles, alongside strategic planning and delivering projects in basketball across Birmingham on behalf of the Rockets organisation.

Commenting on the new board structure, Mr Dawes says: “As Chair of the Board of the City of Birmingham Rockets Basketball Club, I am pleased to announce the appointment of a number of new Board members who are committed in helping us in the shared mission of providing a diverse club for our great city where we empower young people to be involved in a sport, that teaches character, respect and discipline.

“Rockets are on a journey that currently involves around 800 youngsters each week during the season. The club recognises the incredible talent that exists within the city and will provide a platform for players to realise their goals and full potential individually whilst we also have ambitions of team success at the highest levels across the wide spectrum of age groups we provide. It also involves a full summer programme and an International Summer Camp with the NBA legend, Hall of Fame inductee Hakeem Olajuwon.

“The club’s ability to promote and support the huge value of education alongside the development of a long term healthy lifestyle is unique and has such a positive impact on the community in so many ways.

“The Board members are from a range of disciplines that include business, law, accountancy, the media and social entrepreneurship. We know that the governance of the club is in safe hands as we try to build the programme which is reliant on support from the statutory and business sectors, all in the name of the community.”

City of Birmingham Rockets Basketball Club’s main activity delivery base is Nechells Wellbeing Centre near Birmingham city centre, which is a community of high deprivation, with players engaged and recruited from all parts of the city and beyond into the outlying suburbs.

The organisation currently operates a schools and community programme delivering up to 40 hours per week of activity, plus a junior team structure in which teams compete in national, regional and local competitions with 20 volunteer coaches leading 13 teams and 130 players of various ages.

New Board member Paul Faulkner describes The Rockets as ‘a wonderful organisation with a sense of community’.

“The Rockets make a positive difference to young lives through the power of sport at its core,” he says. “I have got to know the Club and those behind it over a number of years, and I am delighted to be involved in this new chapter as we now aim to develop the Rockets further and make an even greater impact across the city of Birmingham.”

David Fennell adds: “I am extremely proud to be involved with Birmingham Rockets. The club gives youngsters from across the city the opportunity to get involved in basketball and to play and compete at whatever level they choose.

“More than that though, the club helps young people reach their potential by developing their leadership, communication and interpersonal skills. After 30 years of playing basketball, becoming a director of Birmingham Rockets provides me with an opportunity to give something back to the game and the young people who play it.”

Any cookies that may not be particularly necessary for the website to function and is used specifically to collect user personal data via analytics, ads, other embedded contents are termed as non-necessary cookies. It is mandatory to procure user consent prior to running these cookies on your website.